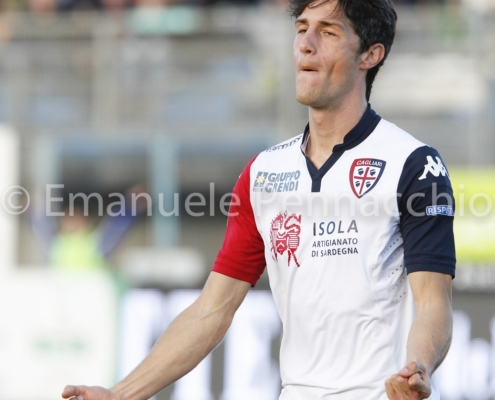 “Two refreshing goals”. So Federico Melchiorri, who with these goals has definitively cancelled the difficult moment and returns as a great protagonist for the next league matches. ” I’m so happy, a day to remember. But I am sincere: the absence of goals, given the team’s results, weighed me less than in other circumstances. Only downside, as I heard, the injury of Capuano, busy with the Spring. I’m sorry and I wish Marco good luck: I hope it’s a small problem”.

The arrangement with Joao Pedro was fantastic. ” He’s a champion, but this week we train to hone our understanding with all the other great players on this team. Today I was fine, I found the rhythm of the match and also the goal”.

Three points in Latina, important steps for promotion. ” The next three matches are as many direct matches. We hope to continue this and extend the advantage, for now it is going well. We must not stop, the B is a championship too strange, enjoys questioning seemingly consolidated verdicts”.

Another great protagonist of the match was Antonio Barreca, whose projections on the band were sometimes unstoppable: just from one of these came the goal of the advantage scored by Gianni Munari. “Today I felt good, the performance came accordingly. We played the game in our usual way, playing for the win. We managed to create a lot in the first half, too bad only that the goal did not arrive; in the second half we realized. We had to prove something at the championship and we sent a good signal. We hope to reach our goal soon”.

Emanuele Pennacchio Fotografia CHAMPIONS LEAGUE, GORGEOUS LUBE IN IZMIR: ARKAS DEFEATED 3-0 IN THE FIRST LEG...
Scroll to top
We use cookies on our website to give you the most relevant experience by remembering your preferences and repeat visits. By clicking “Ok!”, you consent to the use of ALL the cookies.
Cookie settingsOK!
Manage consent