Great performance for the men of Simone Inzaghi

Stadio Olimpico in Rome, the game between Lazio looking for important points for the standings and Fiorentina looking for redemption after the last defeat.. Lazio immediately started the attack, scoring a 1-0 goal with Keita, and at the end of the first half doubled with a penalty scored by Biglia.

The recovery opens with a penalty in favor of Fiorentina, kicked by Ilicic and neutralized with a dip on his left by an excellent Federico Marchetti. Fiorentina reopened the match with the former Zarate who scored the momentary 2-1 goal. La Viola insists and touches several times the tie, She is also canceled a goal for an irregularity of Kalinic on Marchetti, many protests of the players of Fiorentina, also because in the first place the referee had awarded the goal, but recalled by the door assistant assigns the penalty for the blue white goalkeeper.

Stefan Radu finally put an end to the 3-1 goal, after a quick clash carried out by Ciro Immobile, good to open on the left for the captain of Lazio who is not wrong. In the photo Danilo Cataldi shooting in acrobatics. 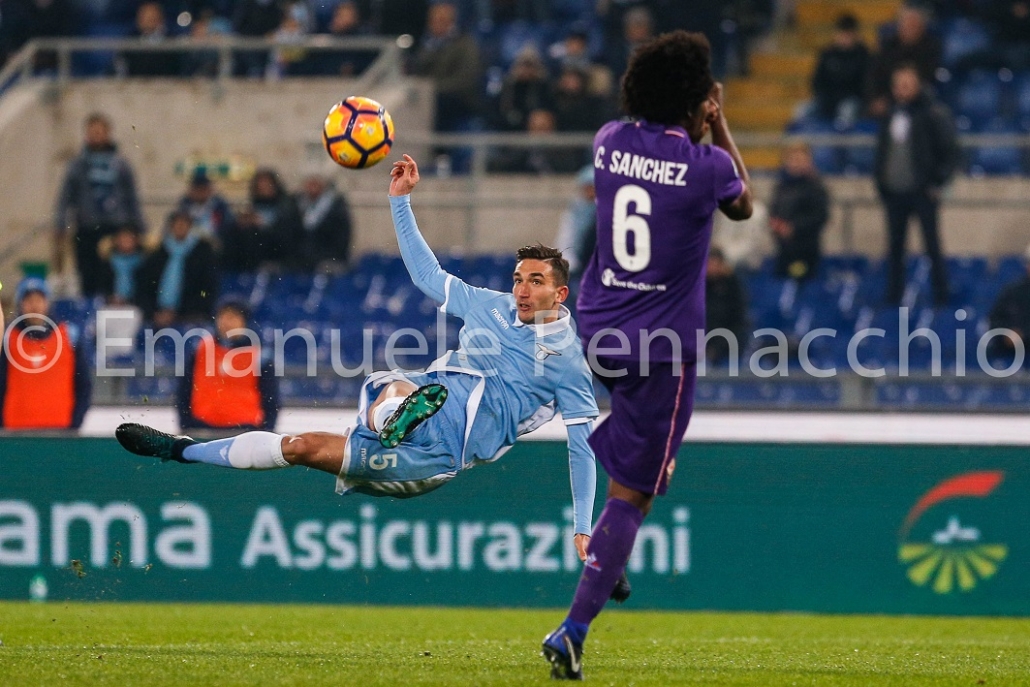 Danilo Cataldi hits the ball in the air

Emanuele Pennacchio Fotografia Brescia vs Hellas Verona
Scroll to top
We use cookies on our website to give you the most relevant experience by remembering your preferences and repeat visits. By clicking “Ok!”, you consent to the use of ALL the cookies.
Cookie settingsOK!
Manage consent