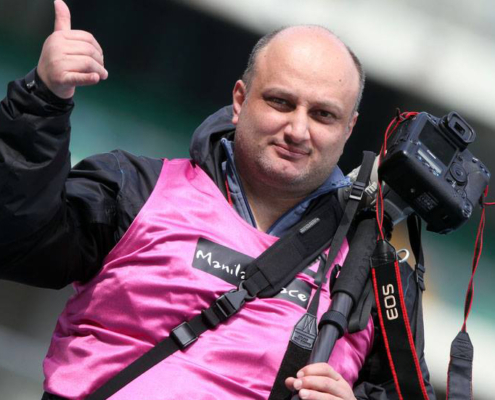 Emanuele Pennacchio began photographing at the end of the 90s, when his great passion for photography was about to blossom.  Later, he attended specialization courses in photography and his interest for motorsport brought him to take his first photos on the trackside of the Polini Italian Cup.

In 2005, he started his collaboration with Italian newspapers (Il Messaggero, Latina Oggi, La Provincia) and the weekly magazine Sport Paper. In 2006, he attended fashion workshops on nude, glamour, portrait, reportage; in 2007, he attended a portrait workshop with Master Marcelo Rubi, and a wedding workshop with Attilio Pavini.

He currently cooperates with various national and international photojournalistic agencies, such as LRPhoto and Action Plus UK, and he mainly attends sports events.

Scroll to top
We use cookies on our website to give you the most relevant experience by remembering your preferences and repeat visits. By clicking “Ok!”, you consent to the use of ALL the cookies.
Cookie settingsOK!
Manage consent